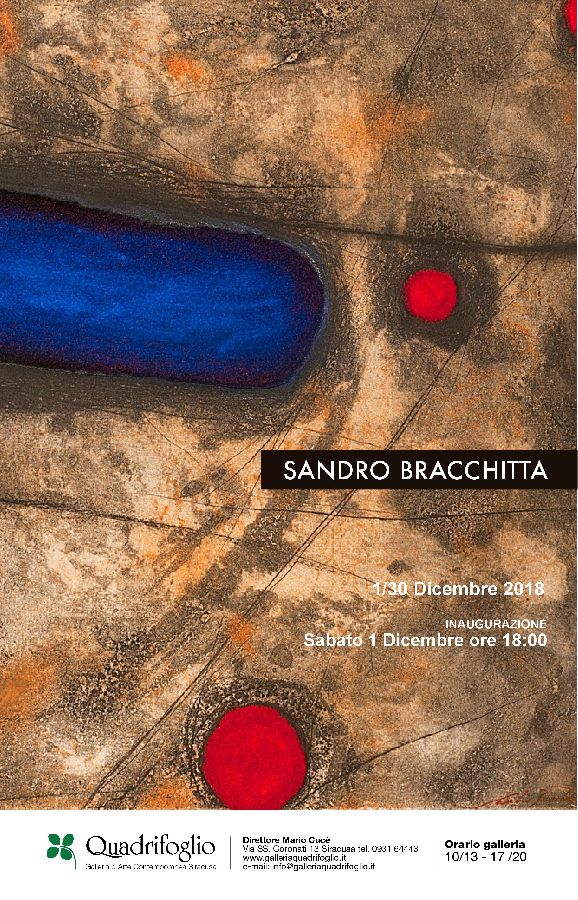 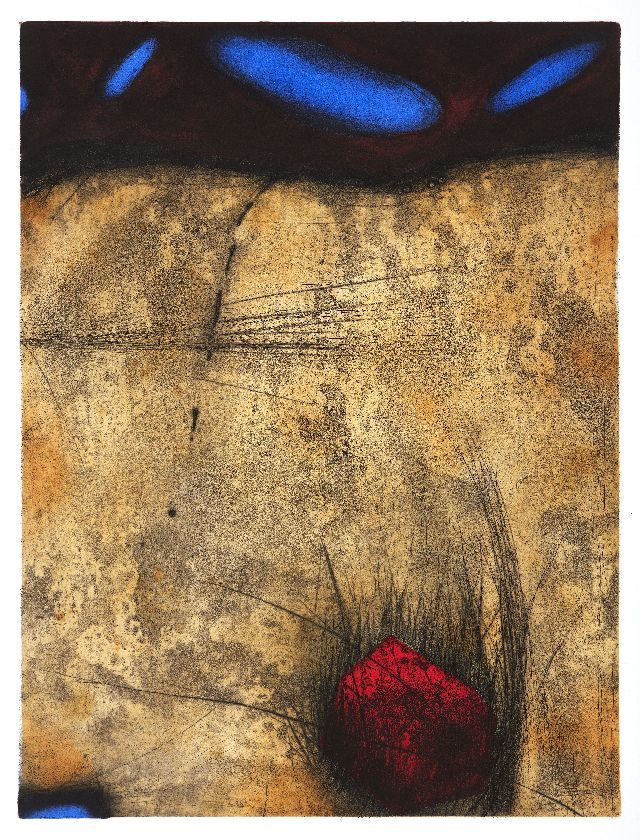 Saturday 28th July at 6.00 p.m. at the Castle of Ladislao in Arpino, headquarters of the Umberto Mastroianni Foundation and in which is housed the richest and most representative legacy of one of the most eclectic and brilliant sculptors of the 20th century and the memory of an entire family of artists, the Mastroianni, opens to the public In the Breath of Time, an exhibition that brings together a wide selection of prints created by Sandro Bracchitta between 1997 and 2017.

The exhibition, open until 14th October, curated by Loredana Rea, the art director of the Institution, offers the possibility to meet one of the most interesting Italian engravers, who, with expertise, has been able to renew the tradition of an ancient artistic language.

In fact, the works present themeselves as traces of a complex research, in which the chalcography represents the priviledged instrument of investigation and verification.

The engraved sheets are offered to the eye as a materialization of an intimate tale, in whose space everyone can find oneself.

On the paper surface the colors exalt one another, the lines are pulled together and the shapes are composed to build a dimension of refined elementatity and materialise the chords of a visual harmony, which develops beyond the threshold of present time.

It is a complex exhibition, which the Umberto Mastroianni Foundation has created in close collaboration with the Garibaldi Foundation of Modica to actualise the will of "networking" among institutions, but with the same goal: contributing to the production of projects related to the contemporary artistic research.

The result is a calibrated and very intense exhibit, in which the engraving is a trigger for an unstoppable mechanism of visual references and resonances, which suggest the need to accept the precariousness of life as the only condition to enjoy the fullness of the world.

A new solo exhibition by artist Sandro Bracchitta, named 'House and Relocation' and promoted by Diplomatic Art association, will be opened Thursday 5th April 2018 at the Pygmalion Gallery in Timisoara (Romania).

The show is part of a project launched in July 2017 starting from the idea of analysing the theme of the house related to migration through the analytical and inquiry tools of anthopology and the representative ones of art.

From this point the involvement of anthropologist Francesco Marano and Sandro Bracchitta has begun, who led off this interesting project with a trip based on the itinerary based on described by Francesco Griselini (1717-1787), the first cartographer of the Romanian region of Banat.

The research in fact has observed how the phenomenon of migration develops and is faced among the populations of South Italy compared to how it used to be in the past, in particular, in Banat which was already inhabited by Italian colonists in the XVIII century after new politics of geopolitical reassessment by Austria.

In November 2017 the gallery hosted a display based on the results of Francesco Marano's studies.

The exhibition in which Bracchitta's prints are the protagonists will include a site-specific: the wooden box used to send his prints from Italy will be placed on rollers so to carry it in the gallery.

The box is interpreted as an ark carrier of precious memories - embodied by a group of small houses in gold leaf which are iconographic subjects of Bracchitta's work - that in the moment is opened it reveals its power of remembrance and highlights the elements and the values proper of the human emotional dimension.

The houses will be placed in the gallery but one which will stay in the box: that way it is symbolically created a bond between what is hidden inside and the surronding reality.

At the same time a contrast is created between the action linked to reality, specifically the move which is associated to the leaving fromm our house, and the metaphysical dimension in wich the detachment from home does not happen because it is part of an interior reality.

The initiative is part of the events organized for the third edition (2017/2018) of the Diplomatic Art project and it has been organized by the namesake association in collaboration with the Italian Honorary Consulate of Timisoara to celebrate the 300 years since the birth of Francesco Griselini. 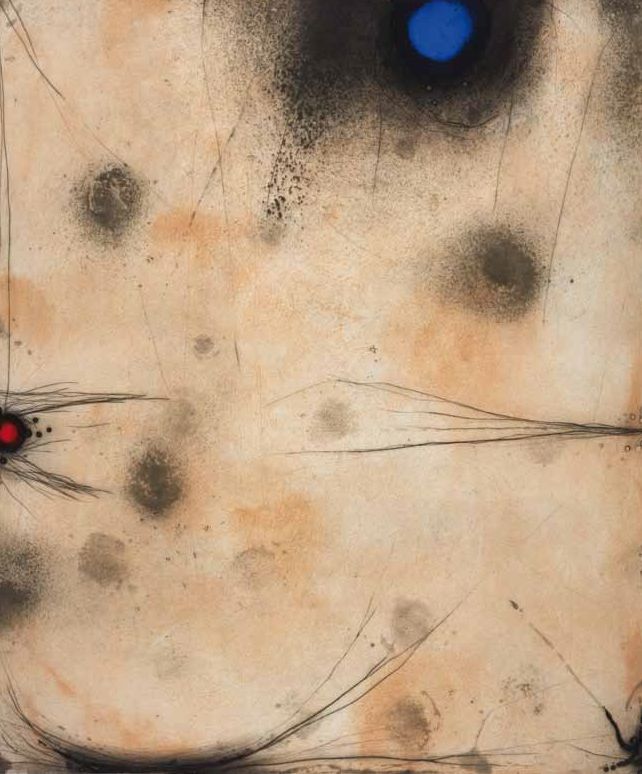 The exhibit is promoted by the Teatro Fondazione Garibaldi and it is curated by Paolo Nifosì and Tonino Cannata (catalogue by Salarchi Immagini).

Bracchitta shows more than 35 big size works, realized between 1997 and 2017, and a site specific installation.

It is the first time that the Teatro Fondazione Garibaldi offers a graphic art exhibition, a language which was started to be experimented at the end of 1400 and during the centuries has gone through many notable technical transformations.

At the art show it will be possible to appreciate and understand the creative process thanks to the display of the printing stages, from the sketch to the final print, and a video by the director Andrea Traina that shows the working phases in the studio of the artist.

Sandro Bracchitta has experimented a lot with this art technique, detaching himself from the traditional use of the black and white in engraving and so attracting the attention of international critics.

His research is on colour and substance: the organic forms are the ones that captures him; leaves, fossils and dry branches gain a new identity.

In the second half of hte nineties the bowl, the funnel and the calla lilies appear as forms that welcome, contsin and receive.

As a counterpart to the homogenous graphic and chromatic coats, the red and blue intervene indicating respectively the colour of the blood and the sky.

The last to appear on Bracchitta's papers is the house, as a container of life itself and apparently a safe place, made in red, white, iron and even gold patina; it is the safest and most precious place but just apparently because it can disappear and disintegrate.

The last works, realized in China during his staying of two months at the Guanlan Printmaking Base, combine all the forms already known with new materials such as aluminium plates and copper sulphate.

On the opening day at the Pietro Floridia auditorium in Piazza Matteotti, the exhibit will be presented by the mayor Ignazio Abbate, the superintendent of the Fondazione Garibaldi Tonino Cannata, professor Paolo Nifosì and art critic Loredana Rea.

The art show is under the patronage of the Academy of Fine Arts of Palermo and the Fondazione Mastroianni of Arpino. 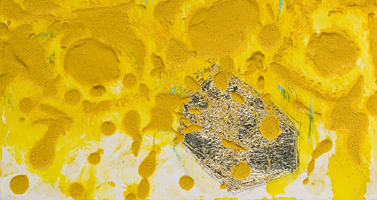